A Profile of the Legislative Oversight Committee in Scotland 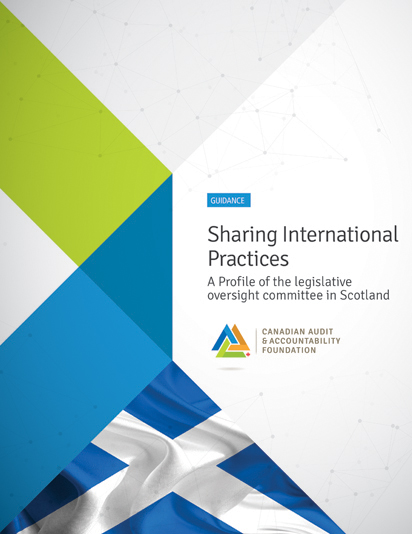 We are pleased to present our updated Sharing International Practices which looks at legislative oversight practices in Scotland and profiles them against our Attributes of an Effective Public Accounts Committee.

The practices cited in the profile were originally identified through interviews conducted with elected and non-elected officials in Scotland and with research by the CCAF team. The findings were subsequently updated in consultation with the clerk and assistant clerk of the Scotland Public Audit Committee to complement the key note speech delivered by Mary Scanlon, Deputy Convenor of the Public Audit Committee, Scotland, at the 2015 Canadian Council of Public Accounts Committees – (CCPAC) Canadian Council of Legislative Auditors (CCOLA) conference.