Relationship of Inputs to Outputs Over Time

The example below is taken from the Auditor General of Ontario’s 2012 audit of Criminal Prosecutions and allows the reader to quickly grasp the correlation between inputs (expenditures, staff) and outputs (charges disposed). This type of exhibit is a powerful way of presenting complex data found in many types of entities and programs. To support the exhibit, the audit report also includes a discussion of developments over the years that explain the trends portrayed in the exhibit.

Source of data: Ministry of the Attorney General, Public Accounts 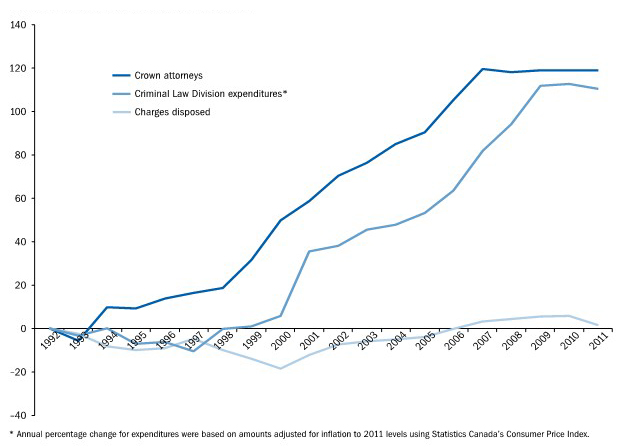 The chart below, also from the Ontario Criminal Prosecutions audit, is a simple example of how the results of a benchmarking exercise can be presented in an effective manner. If this data had been provided in a table, it would have lacked the clarity of the chart.

Source of data: Ministry of the Attorney General 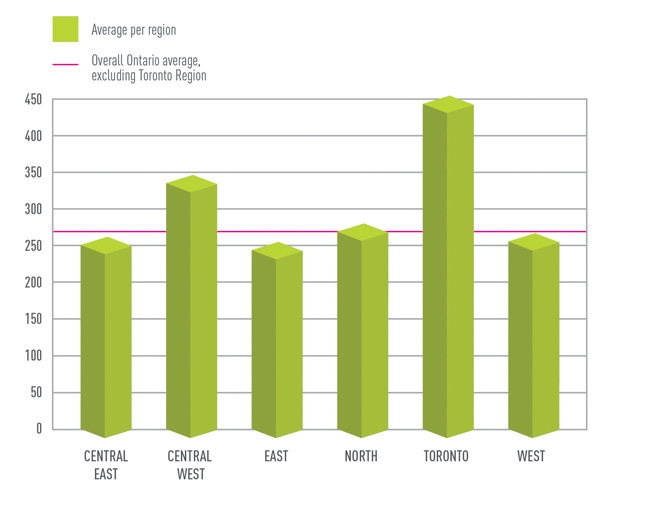 In its 2011 Review of Benefits Budgeting and Overtime Drivers in HRM, the Auditor General of Halifax Regional Municipality provided the following narrative analysis of the relationship between the incurrence of overtime costs and absenteeism. The narrative explanation is strengthened by the accompanying chart.

“Analysis into absences across the organization showed no direct day-for-day correlation between overtime incurred and absences from regular employment. While the OAG was not able to establish a direct day-for-day correlation, overtime costs track on average, at 33% of the value of absences in any given month (i.e. in a period if there were $100 in absences, there would be approximately $33 in overtime). August, typically the highest period for vacations, has a ratio of only 22% overtime to absences.” 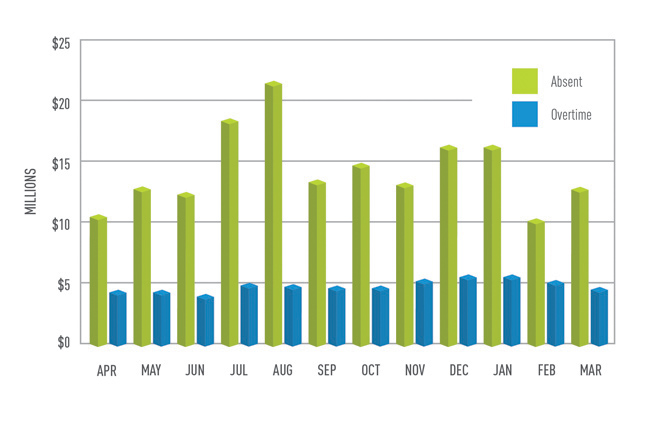 The need to convey an understanding of process time is common in audits of efficiency. The chart below, reported in the Auditor General of Ontario’s 2012 audit of the province’s Diabetes Management Strategy  was used to depict the actual wait time for bariatric surgery in Ontario as compared with the Ministry of Health and Long-Term Care’s reported wait time.

Prepared by the Office of the Auditor General of Ontario 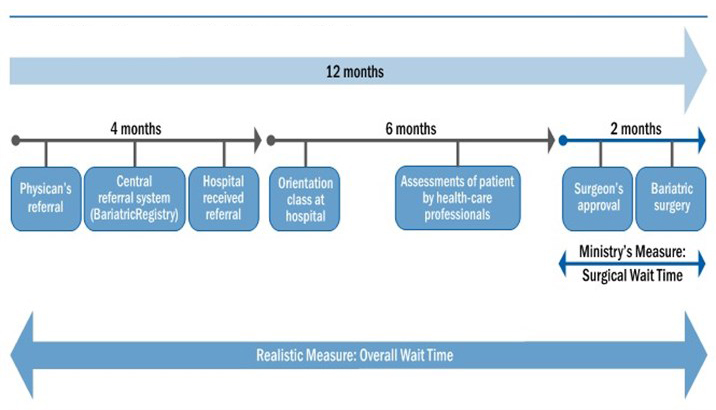