Economy, efficiency, and effectiveness are commonly described as the “3 Es”, characterized as follows:

Figure 1 describes elements of the 3 Es as well as the relationships between inputs, outputs and outcomes.

Relationships Between Inputs, Outputs and Outcomes 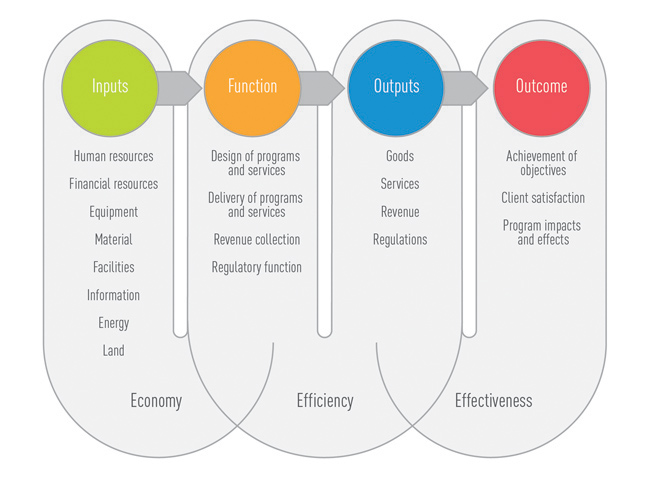 Economy, efficiency, and effectiveness are all essential components of sound program management, the goal of which is to deliver on program objectives defined in public policies, regulations, and legislation.  In practice, this means that program managers and officials entrusted with public resources are responsible for carrying out functions and providing services to the public effectively, efficiently, and economically. Figure 2 shows the roles played by the 3 Es in public sector program management and the interrelationships among them.

Program Management and The 3Es 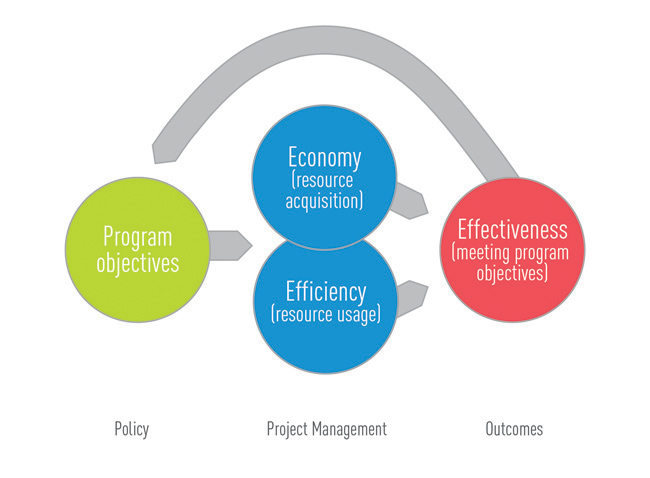 Figure 2 also shows that both economy and efficiency play a central role in ongoing program management, or day-to-day administration. Together, these two components support the achievement of value for money. Figure 2 also suggests that economy and efficiency are interrelated but somewhat separated from effectiveness. In theory, a program could be economical and efficient without being effective; that is, it could be very good at producing the wrong outcome.