What is this audit about?

The International Organization of Supreme Audit Institutions (INTOSAI), supporting UN initiatives, adopted a common seven-step approach for auditors to assess governments’ preparedness to implement the 2030 Agenda. There are more than 80 countries undertaking similar audits throughout the world, including Canada. The Office of the Auditor General of Canada (OAG Canada), through the Commissioner of the Environment and Sustainable Development, adapted the INTOSAI seven-step approach (see text box) for the Canadian Context. 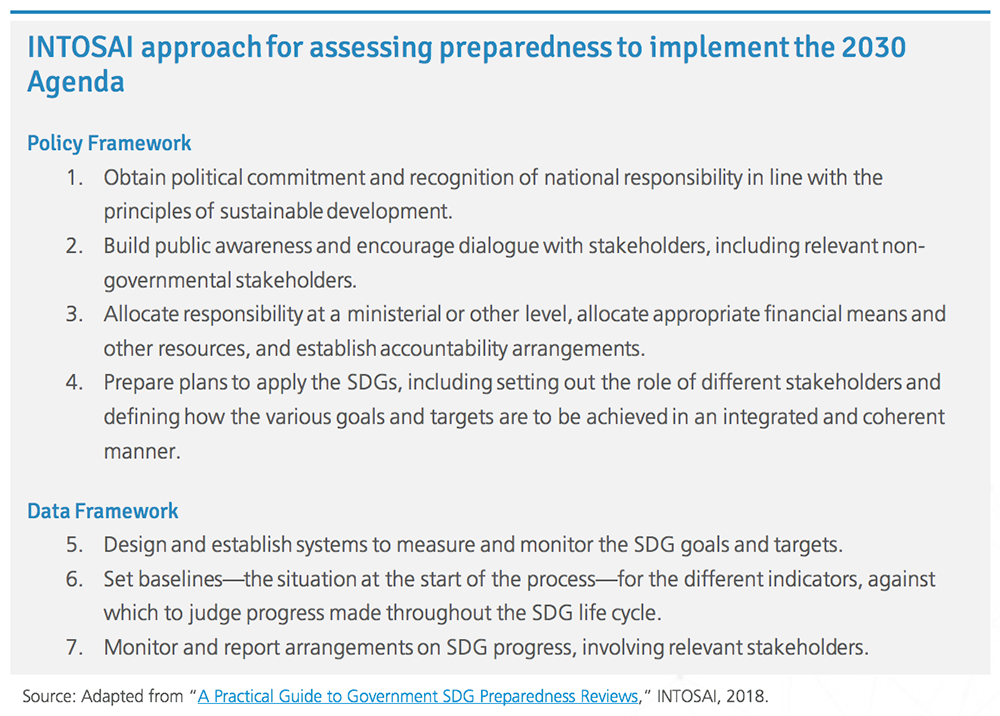 The Office of the Auditor General of Canada diagrammed its adaptation of the INTOSAI approach in its audit report as follows: 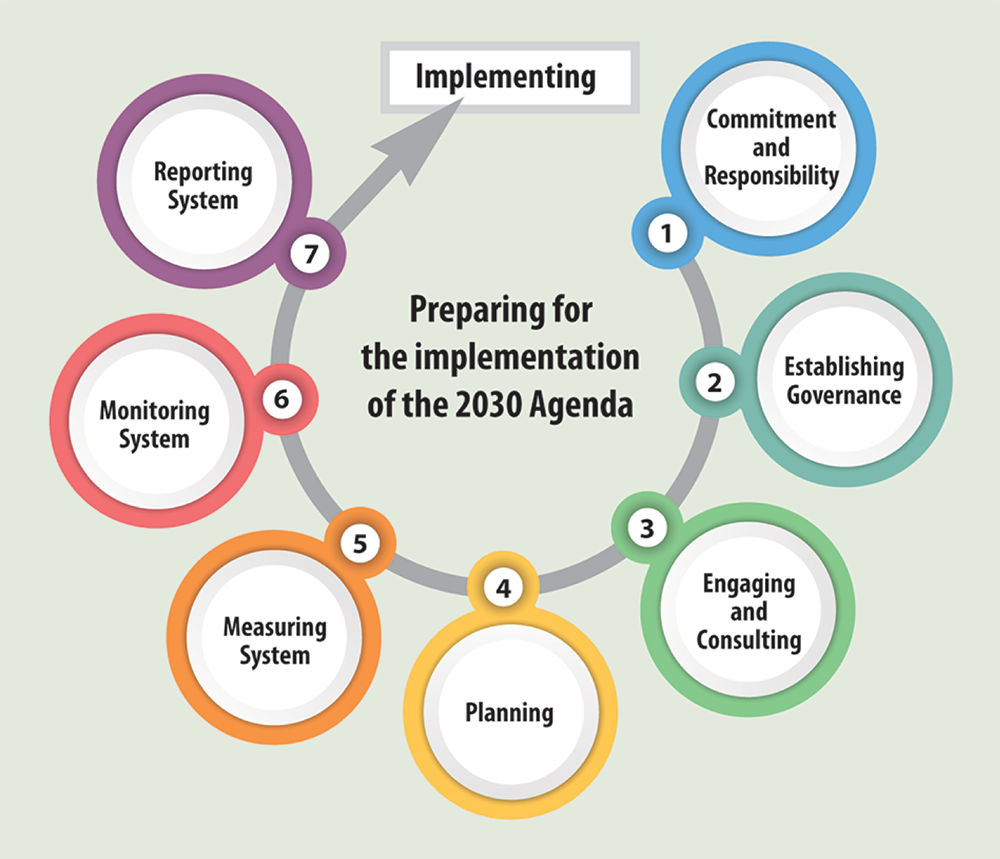 The Office of the Auditor General used this methodology to inform Parliament of the Government of Canada’s readiness and progress in implementing the SDGs. The audit included seven organizations, focusing on government preparedness to implement the 2030 Agenda:

What did the audit find?

The audit report explored various facets of managing the UN SDGs. The audit identified areas requiring federal government attention for successful SDG implementation. A summary of these areas is below:

“Overall, we found that the Government of Canada had not developed a formal approach to implement the 2030 Agenda and the sustainable development goals... However, despite some specific action at the departmental level, there was still no federal governance structure based on clearly articulated departmental roles and responsibilities by November 2017. We found no communication plan and no engagement strategy on how to include other levels of government and Canadians in a national dialogue on the 2030 Agenda. We also found no implementation plan or system to measure, monitor, and report on the progress in achieving the goals.”

Achieving the 2030 Agenda will require the concurrent implementation of the economic, social, and environmental dimensions of sustainable development. As the federal lead since 2008 for sustainable development under the Federal Sustainable Development Act, Environment and Climate Change Canada must prepare a Federal Sustainable Development Strategy every three years. The government’s 2016–2019 strategy, published after Canada agreed to the 2030 Agenda, was inconsistent with 2030 Agenda implementation commitment. This strategy focused largely on environmental sustainability and less on economic and social sustainability.

The government had no federal governance structure to manage SDG implementation. However, some activities had occurred to prepare for implementation, including forming informal interdepartmental committees of directors general that had been meeting since 2016 to start preparing an approach to implement the 2030 Agenda. As well, Global Affairs Canada matched the 17 SDGs with departmental priorities and mandates. The Privy Council Office identified five organizations to lead preparations to implement the 2030 Agenda.

The UN High-level Political Forum on Sustainable Development meets annually and provides an opportunity for countries to present progress in implementing the SDGs through voluntary national reviews. By November 2017, 65 countries had submitted theirs, but Canada had not during the audit period.

The organizations leading 2030 Agenda preparations had not developed a comprehensive communication plan and engagement strategy to raise awareness and consult and engage other government levels and Canadians. Despite the lack of a strategy or plan, all lead organizations had initiated consultations during the summer of 2017 with a shortlist of key stakeholders, including civil society organizations, not-for-profit organizations, academia, one municipality, and some private-sector companies. Each organization gathered the stakeholders’ views on how it should prepare for and implement the 2030 Agenda.

No system to measure, monitor, and report on national targets

The federal government could not assess Canada’s progress in achieving national targets, because there was no comprehensive set of national targets established for the 2030 Agenda and no system to measure, monitor, and report on results of policies and programs to implement them. However, by November 2017, the Privy Council Office and the five lead organizations had identified systems that could be used for federal purposes.

Lead organizations consulted with Canadians on developing policies and programs related to the 2030 Agenda. The documents resulting from these consultations covered a number of topics, including gender-based violence, child and family services in First Nations communities, and poverty. However, the audit did not assess the effectiveness of these consultations.

Incomplete analysis of policies and programs already in place

The UN finalized and agreed on the 2030 Agenda’s set of 232 unique global indicators. The statistical office in each country is supposed to collect data based on these global indicators, which they will then report to the UN annually. The UN monitors worldwide SDG implementation progress based on these country reports and presents them in the UN annual progress report.

Statistics Canada prepared a data framework to measure Canada’s results on the global indicators, providing a basis for data collection decisions. As a member of the UN Inter-agency Expert Group on Sustainable Development Goal Indicators, this agency took early action to develop a data framework to collect Canadian data on the global indicators. This framework helps define, characterize, and organize information about data to be collected and helps identify sources. Statistics Canada consulted with federal organizations and relevant stakeholders to gather information by goal and target on data availability and associated gaps for the global indicators. By November 2017, the agency had identified possible data sources for 68% of the indicators. Statistics Canada did not finish gathering data from its original sources to compile it in the online data portal under development, so reporting on global indicators was not available at the time of the audit.

Statistics Canada stated it was developing an online data portal where validated data on Canada’s progress on global indicators would be available publicly. This agency expected the portal to be ready in spring 2018, and that other federal departments could contribute data.

What difference did the audit make?

The federal government signed an ambitious undertaking when it committed to implement the 2030 Agenda along with 192 other countries. The audit concluded, however, that Canada had not completed fundamental work, such as establishing a governance structure and plan, to position itself to deliver on its international commitment.

The audit made several concrete recommendations to help the Government of Canada implement its SDGs, as follows:

What can we learn from this audit?

Agenda 2030 and the SDGs offer a comprehensive framework through which auditors can assess progress toward “the world we want.”

More than 80 countries worldwide are currently assessing their governments’ readiness to implement SDGs. Using the audit seven-step model developed for this purpose by INTOSAI enables auditors to measure Canada’s own progress and its progress against other countries.

Preparedness audits provide an invaluable opportunity to conduct baseline assessments on the work being performed and progress to date. Luckily, several tools are available to help governments complete preparedness audits, including audits completed by other governments, and voluntary national reviews (an instrument providing the opportunity for countries to present their progress in implementing SDGs). Because of the long time frame for the SDG initiative, expected to be completed in 2030, countries performing preparedness audits can correct their course early in the process if they detect any issues.

Sometimes dealing with multiple departments and agencies is required

Audit complexity increases with each department and agency in the audit scope, especially when considering the number of interviews, documents to collect and review, observations, findings, conclusions, and recommendations. Because the UN Agenda 2030 encourages a “whole-of-government” approach, usually a number of departments and agencies would be included in the audit. For this particular audit, seven departments and agencies were included to cover the full impact, increasing work complexity.

Although early in the process, this type of audit provides the opportunity to compare results with other countries facing the same timelines and expectations. With this information, Canada can gauge its success and define areas in which to concentrate future efforts. These international perspectives can also identify possible process improvements that have not come to mind yet.

As stated earlier, preparedness audits are performed early to permit the opportunity to correct the course. However, for new initiatives, this can be difficult, as specific criteria can be hard to identify. The criteria used in this audit spoke to basic principles that should be incorporated in many audits of this type. For example, criteria included whether or not there was a governance model, and whether departments had effective procedures. Auditors and management would expect these basic management criteria to be in place early in such an initiative. 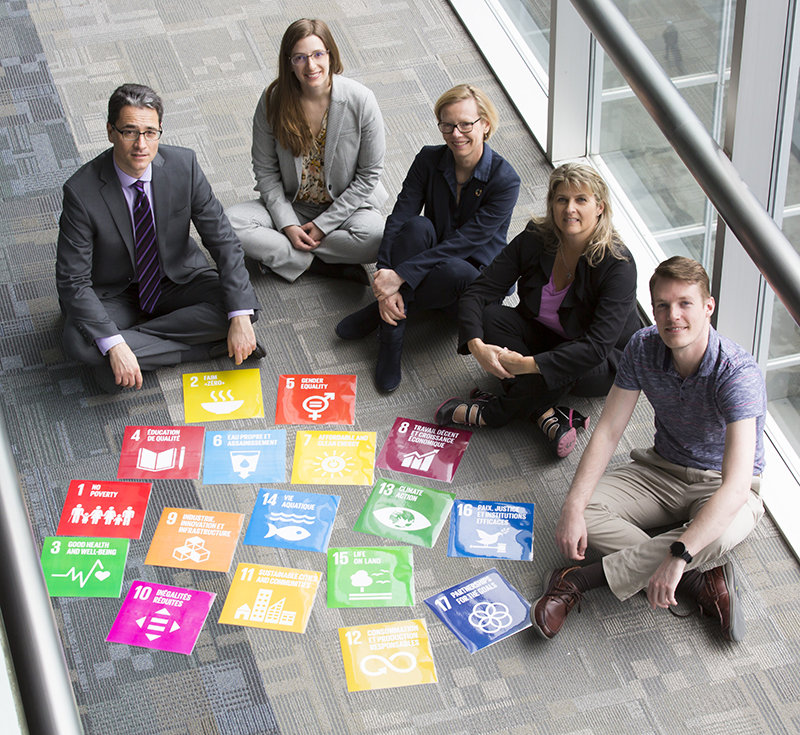 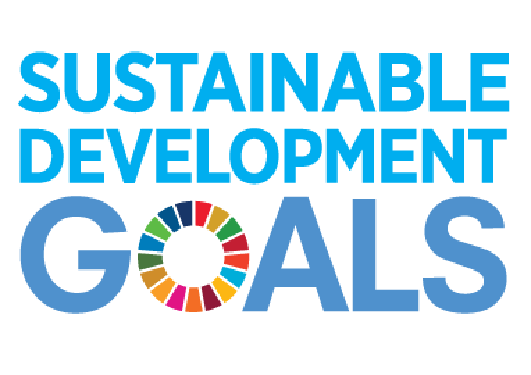